The Sopranos on Buckout Road

Last month was a very Jersey-centric month for me. I was in New Jersesy directing the Buckout Road music video for the Trap-Metal band, also from Jersey, Concrete Dream. The song was written in NY by front man Jeremiah Mayhem based off tales I told him of the actual haunted road in Westchester, New York where I grew up. There is centuries of history there dating back to the 1600's. The video was a campy play on what could go wrong on a haunted road with your significant other and we had a lot of fun making it. Thanks to Tommy Roulette (Jynx) for starring in it.
Then it back to New Jersey again to SopranosCon with my old bro, rapper, G-Fella. I have to say they put on an amazing display of for the fans. Everything from the Pine Barrens to the Bada-Bing was replicated. There were 30 plus actors from the show signing autographs and food and swag from dozens of vendors. I will definitely be making the trip out again next year.

After a year of gathering the right team money for the short film, Abaddon, 110 Crew Films finally began production in October. It was the right timing as well since we wanted to the look of autmun in the north-east for the project. The log-line "A sacred cult enables a man to play the angel of death" is only a teaser in the short film. with Abaddon, I dug deep as a writer and created a world that will not only shock viewers but suck them in deep to a world many speak of but no one wants to fix. All set production photos shot by Shayne Schrode on location in New Jersey. Special thanks to my Producers, Jim & Amber Marchese, Ray Vanacore, Leon Vataj, Tommy Ledden, James Hogan, Charles Miraglia, Robyn Levy, Larry Meistrich, Richard Stratton and of course Mick Gaughan for making this production happpen.

Posted by Don Capria at 1:10 AM No comments:

with Legends at the legendary Mayfair

December turned out to be one of the busiest months of the year for me. It always feels good to be that hectic rolling into the new year. I got a few photo shoots done in NYC for Omerta, one with the homie, Faybach from Don Diva up in Harlem and another with NYC nightlife king, Jonny Lennon, at his venue, Goldbar. After a trip with mom to visit my family for the holiday, I spent the close of the month in LA. There I had dinner with long time friend, Mark French who was telling me all about his new APP "20" sounds like it going to be big.  Then it was lights, camera, action, on set with Dawin for his next single, "Adios." The video was directed by Maria Skobeleva for Riveting Entertainment. All that was left of December was New Years Eve which I rang in at the newly redesigned Mayfair hotel in Downtown LA with the artist in charge of the rebrand and good friend, Risk. The hotel features work from Risk,  Seen, Mr. Cartoon, Chaz, Cryptik, Stephen Vanasco, Revok, and my long time friend and legendary photographer, Estevan Oriol. Lets go into 2019 !

Recently I have joined forces with the Gentleman's brand, Omerta Mia. The company started a few years back with the vision of my close friends, celebrity bodyguard, Big Chris, and my dear friend, and tour manager,  Durty Mick. The two launched and all out assault on the mainstream for supporting snitches and government informants who are continuously rewarded for their disloyalty and welcomed by Hollywood as they repeatedly sell their life rights to the big screen. Their shirt "Stop Glorifying Rats" has gained widespread support and is worn by the likes of Lil Jon, Johnny Depp,  and CM Punk. Also in Los Angeles I helped the all girl pop group L2M produce their music video for "Tag Me In." The wong co written by Dawin & Eric Bellinger is an awesome dance tune that highlights the girls vocals and style. The video was directed by West Webb and produced by Riveting Entertainment. The tune is available on all digital outlets. Another major release happened back in NYC when Concrete Dream dropped their debut single, "Catch 22" on E-Train Records. The 4 piece kick it off with a hard hitting and melodic throwback to the days of Rap metal that is woven smoothly into today's sounds with hints of trap and post hardcore slicing through the mix. Be sore to check them out on Spotify.

The Day of and the Night Of

May was a busy month in NYC. I spent time working on a deal for Dawin to record a talented new girl group signed to Warner Brothers called, "L2M." The girls are all actors and I attended their premiered their Disney/ Youtube series "Hyperlinked." I was at the NYC event with my niece, Emily, to test out the new show and meet the girls. While having dinner one night in the lower east side I bumped into Guardian Angels founder and ABC radio host Curtis Sliwa who interviewed me a few months prior for my Joe Colombo biography.  the next night I ran into actor, John Turturro who just finished his amazing limited series on HBO, The Night Of. If you have not seen it you must check it out. Then it was back to LA as work began on the new L2M music. Cant wait to get it out.

Glory Days in BK for Enisa, while Dawin is in Indonesia

May is always one of the busiest months for me. Black Punk front man Black Dave was still out in LA kicking it west coast style and he finished off his trip with an interview on Adam 22's coolest podcast in the world;  No Jumper. Back in BK, Enisa released her 2nd track, Glory Days; an earlier work she did in collaboration with producer Nacey (Misun) The song debut at #152 on the singer/ songwriter charts and will hopefully be doing some more this summer. Dawin began his "BoomShakaLaka" tour in South East Asia, delighting all his fans with a full 1 hour set of originals keeping them smiling and dancing into the next day. He finished off the tour strong in front of twenty thousands fans in Vietnam to close out the Color Me Run Festival. I stayed back in New York getting the day to day work done and also for the annual BNB Bowl weekend. We kicked it off on Friday night at SVA Theaters for a premiere of Drew Stone's NY Hardcore Chronicles film which was a great experience and a well needed film on the N.Y.H.C. culture. Then the weekend finale was seeing Gorilla Biscuits at Webster Hall. A packed house proves Hardcore Still Lives.

Dawin turns his Errors into a win 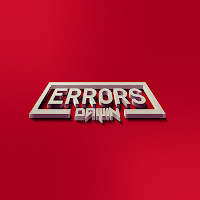 Like many of us Dawin  has been making mistakes all his life. Some of them in music with business, sometimes in the studio while producing, sometimes these are just complications from a relationship. What he decided to do for most of 2016 was turn all of those experiences into his full length album, Errors. He still pays of his fan base with bright, catchy and powerful hooks and choruses, but most of these songs are not about empowerment; this batch of audio sings a song of struggle. I went out to LA so we could promote the new LP and got to also spend time with Black Dave who was also in Hollywood making moves after dropping his controversial record, Stop Frisk. The best part of the trip was catching another New Yorker while they were on the west coast for the first time. My mom was in town on vacation with her cousin and my buddy Nolan and I got to take the ladies out for dinner in Venice. Dawin dropped a few cool dance videos to promote the record, check out Pepper Spray below.